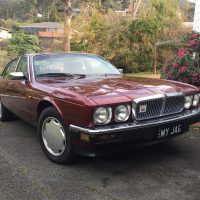 Previously owned by David Murfett, this car has covered 191,000 odd kilometres, and appears to be in mint condition except for some wear on the drivers seat bolster.  3.2 Litre V8.

Stored in a garage in Taroona and covered, it has a trickle charger hooked up to maintain battery life. I am informed it is a 1992 model, and comes with the valuable number plates.

This Ad has been viewed 60 times.

Oct
20
Tue
all-day Deadline for Jaguar Torque Submi...
Deadline for Jaguar Torque Submi...
Oct 20 all-day
Deadline for Torque submissions. Continue reading →
Oct
25
Sun
9:30 am East Coast Run
East Coast Run
Oct 25 @ 9:30 am
This is the re-scheduled run from 18 October. Meet at Verve Café at 9.30 for 10am departure. East coast drive with lunch at the newly renovated East Coaster Resort. RSVP to Chris Leishman on 0412 289 182 by Monday 19 … END_OF_DOCUMENT_TOKEN_TO_BE_REPLACED
10:00 am Show and Shine – Westbury – RESC...
Show and Shine – Westbury – RESC...
Oct 25 @ 10:00 am
This is the rescheduled event, originally intended for 3 October.  It is hoped this can be incorporated into Westbury Rotary’s Car Club Show instead. Instead of the now-cancelled State Rally, there will be a Show and Shine event at the … END_OF_DOCUMENT_TOKEN_TO_BE_REPLACED
Nov
1
Sun
10:00 am “Classics at the Beach”
“Classics at the Beach”
Nov 1 @ 10:00 am
Classic cars gather at Beach Rd. Lower Sandy Bay, Hobart in front of the Beach House Apartments. Anyone is welcome. Continue reading → 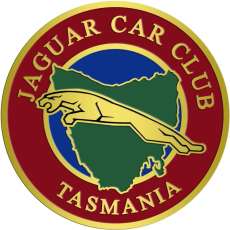